The Atacama Giant: The Largest Prehistoric Anthropomorphic Geoglyph in the World. 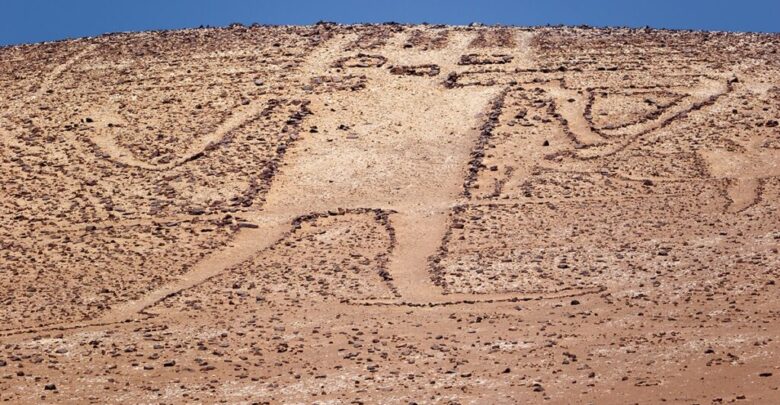 The Atacama Giant in the Atacama Desert in northern Chile.
It is the largest prehistoric representation of a human figure in the world with a height of 119 metres (390 ft). Its location is about 497 miles (800 kilometres) south of Peru’s Nazca lines – the best-known geoglyphs in the world.

The Atacama Giant lies in the Atacama Desert, the driest non-polar desert on Earth. The desert plateau stretches almost 1,000 miles along the coast of Chile and Peru. Scattered over the desert in hills, valleys, and plains, these motifs are found alongside tracks that pre-Hispanic civilizations built and used for llama caravans.

In fact, llama caravans are depicted in geoglyphs across the Atacama, suggesting the images were somehow deeply linked to the nearby trade routes. 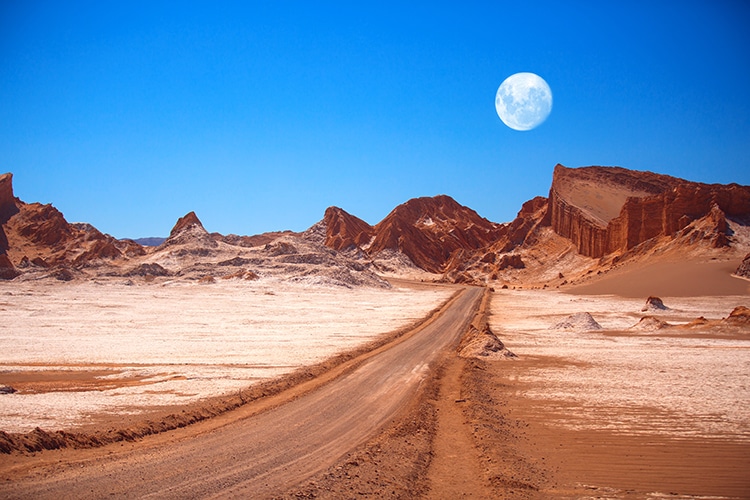 Scholars believe some animals may correspond to divine rites, such as amphibians being used in water rituals. Modern flight and drone abilities have enabled closer study and better photography of such ancient creations around the world.

Geoglyphs are generally categorized into three types. The first is additive, or positive, meaning that rocks and other materials are strategically piled on top of the ground to create the desired shape.

A second type is considered extractive, or negative. In this case, topsoil and other materials are scraped away to reveal differently coloured subsoil.

The third type of geoglyph is a combination of both styles. While it may seem like these ancient creations would be very ephemeral, a shocking number have survived to modern times.

In the Atacama desert, the dry climate likely contributed to the preservation of the thousands of ancient designs still visible today. However, even in wetter climates such as the United Kingdom, geoglyphs such as the Uffington Horse still survive. 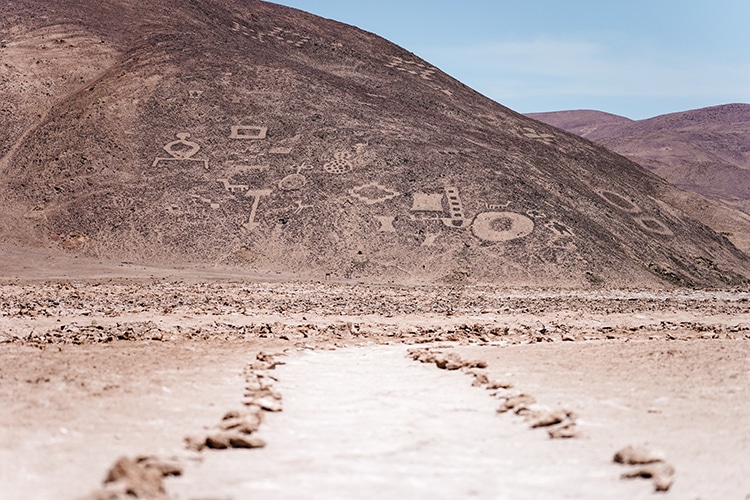 Other geoglyphs in the Atacama Desert, Chile.
The Atacama geoglyphs are thought to have been created by a succession of cultures, including the Inca. However, the purpose of many of the images remains a mystery. Some may have been intended as guiding information for the ancient llama caravans. Others may have been devoted to deities or used in religious practices.

Hill figures are often thought to have been intended to view from some distance, suggesting the giant may have been strategically placed. 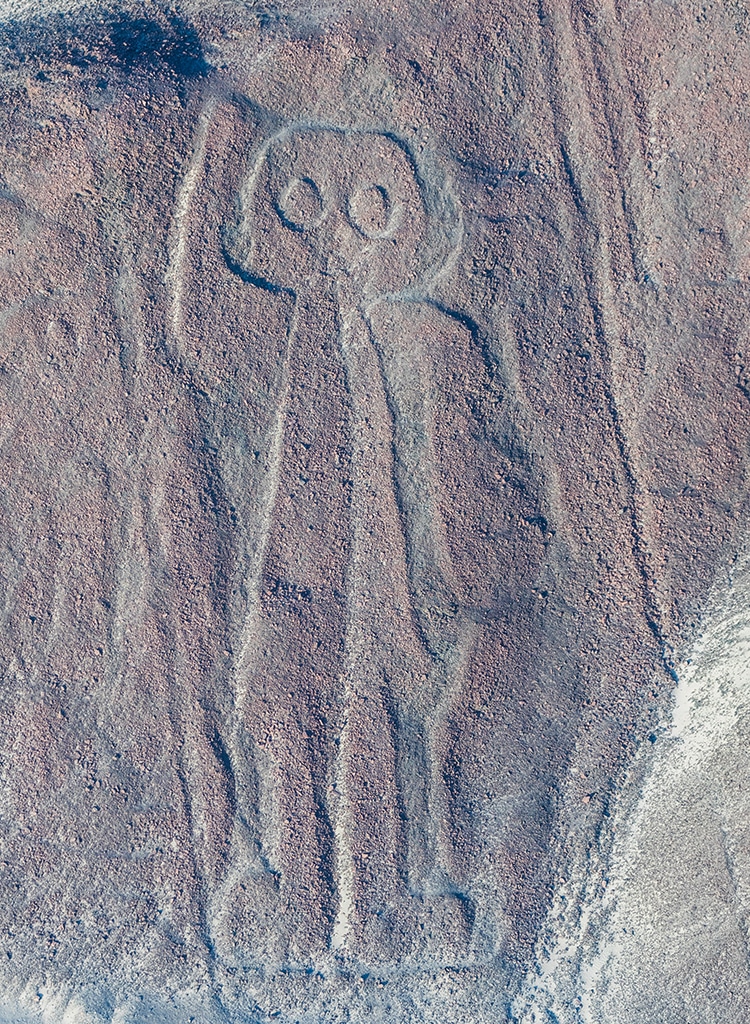 Other geoglyphs in the Atacama Desert, Chile.
Another famous set of geoglyphs are the Nazca Lines, located in the Nazca Desert in Peru. Created earlier than the Atacama images, the Nazca Lines date from about 500 BCE to 500 CE. They draw their name from the heavy use of long lines, created in an extractive style.

These lines surround or compose shapes and animals. Spiders, humans, hummingbirds, and more are depicted in the dry soil. Over the years, experts have suggested a variety of explanations for the geoglyphs. Ritual use, representations of constellations, and other astronomical purposes have all been hypothesized. Still, others have suggested the lines, in part, performed an important irrigation function.

While the true function of the Nazca Lines remains a mystery, much the same can be said of geoglyphs around the world. The clear importance of the sites—and the fascination they hold for modern audiences—suggest that the Atacama Giant and others of its stature will remain the focus of research for years to come. 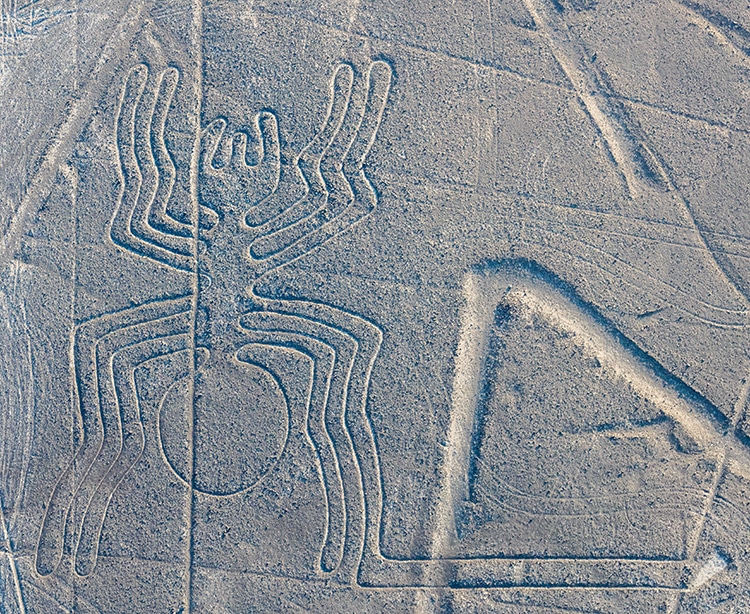